This year we have a different, interesting and challenging projects.

For example, among the popular 30 kWp, we made a PV System for own needs with a capacity of 57 kWp 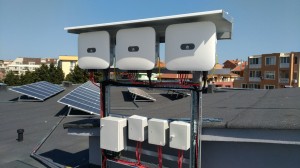 In May we had another challenging project: again photovoltaic for own consumption, but on an insidious roof. Steep and dangerous roof, with mineral wool under the boards. The only option – load-bearing structure.

In June we built several pumping stations – the summer was very unfriendly. 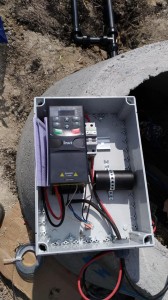 For a change, we also went to Greece, where we turned on the electricity in a summer house. As colleagues said, in addition to octopuses and squid, there are also photovoltaics! 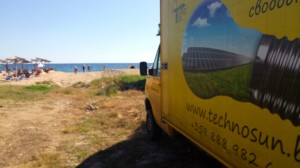 August started with something even more interesting PV 100 kWp. The company is building a plant for its own consumption. Colleagues are building a structure, adding panels. To work well, they put a double rainbow. 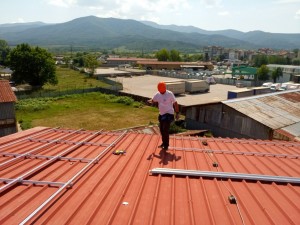 This entry was posted onThursday, August 20th, 2020 at 1:41 pm and is filed under Uncategorized. You can follow any responses to this entry through the RSS 2.0 feed. You can leave a response, or trackback from your own site. Both comments and pings are currently closed.